A Look Into The Brand’s Recent Rise To Popularity
By Koyaana R. July 5, 2019 Delvaux is a long established luxury brand that has been a producer of leather goods since 1829 but has long remained on the sidelines. However, in the last couple of years, the luxury house has turned around public perception and stepped into the limelight with an unexpected range of must-have bags.

Delvaux touts itself as “The Oldest Fine Leather Goods House in the World.” Interestingly, while it is a Belgian brand, it was actually founded the year before the Kingdom of Belgium was established. Though its origins are in the production of luggage, much like other luxury houses, and had been around for nearly a century, the house did not begin filing patents for its handbags until 1908.

Over 3,000 handbags have been designed by the house since 1829, each being sketched, described, and cataloged in their Golden Book, the “Livre d’Or”. This catalog also includes the now popular “Le Brillant” bag which was designed in 1958 and was the first bag to include a brand logo; the D buckle. Since then, the brand has included "Le Tempête," "Le Madame" and "Le Pin" in their range of staple handbags that have been around for decades. It was these strong roots that would be the key to their future success. 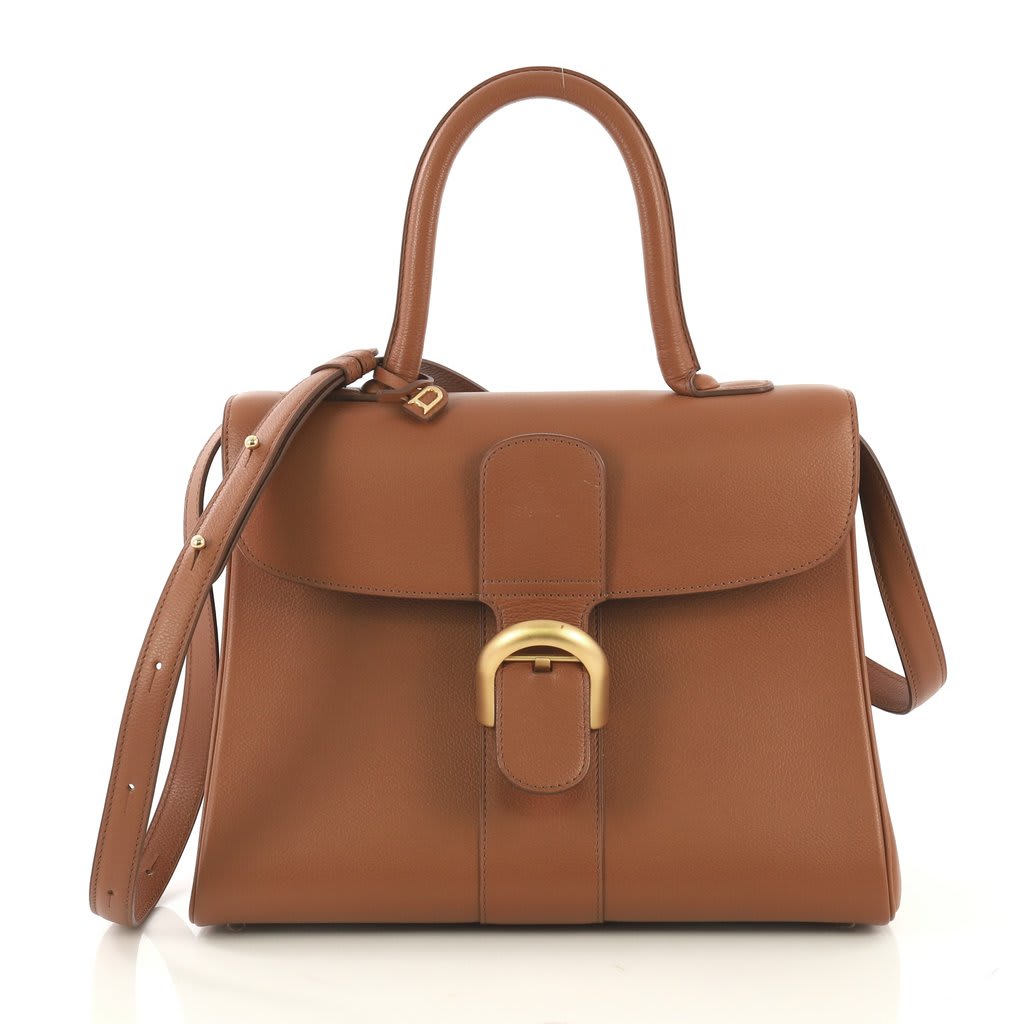 In 2011, the Fung Group, a Hong Kong-based supply chain manager, took a majority stake in the company. They took to opportunity to expand the brand to international markets. In 2014, Delvaux opened its first stores in Paris, Tokyo, and London. It was in the same year that they also expanded their product line to include men’s bags. In 2018, a second London store was opened as well as a location in Milan, Italy, cementing the brand's international footprint and recognition.

With the help of the internet and digital marketing making their brand even more accessible, the handbags began making waves. Their simple, yet elegant and structured pieces, which were available in a wide variety of colors and leathers, made them incredibly easy and fun to wear. In recent years, they have created more unique pieces with out of the box designs and materials, experimenting with textures and pop culture references. Most recently, the brand opened its first American flagship on the famous Fifth Avenue among many other highly renowned brands, cementing their place as a competitor in the luxury goods market. The Delvaux brand continues to surprise its followers with each collection, melding classic staples with updated and relevant aesthetics, keeping a tradition alive while embracing change. Rebag is more than excited to see what the future holds for Delvaux.