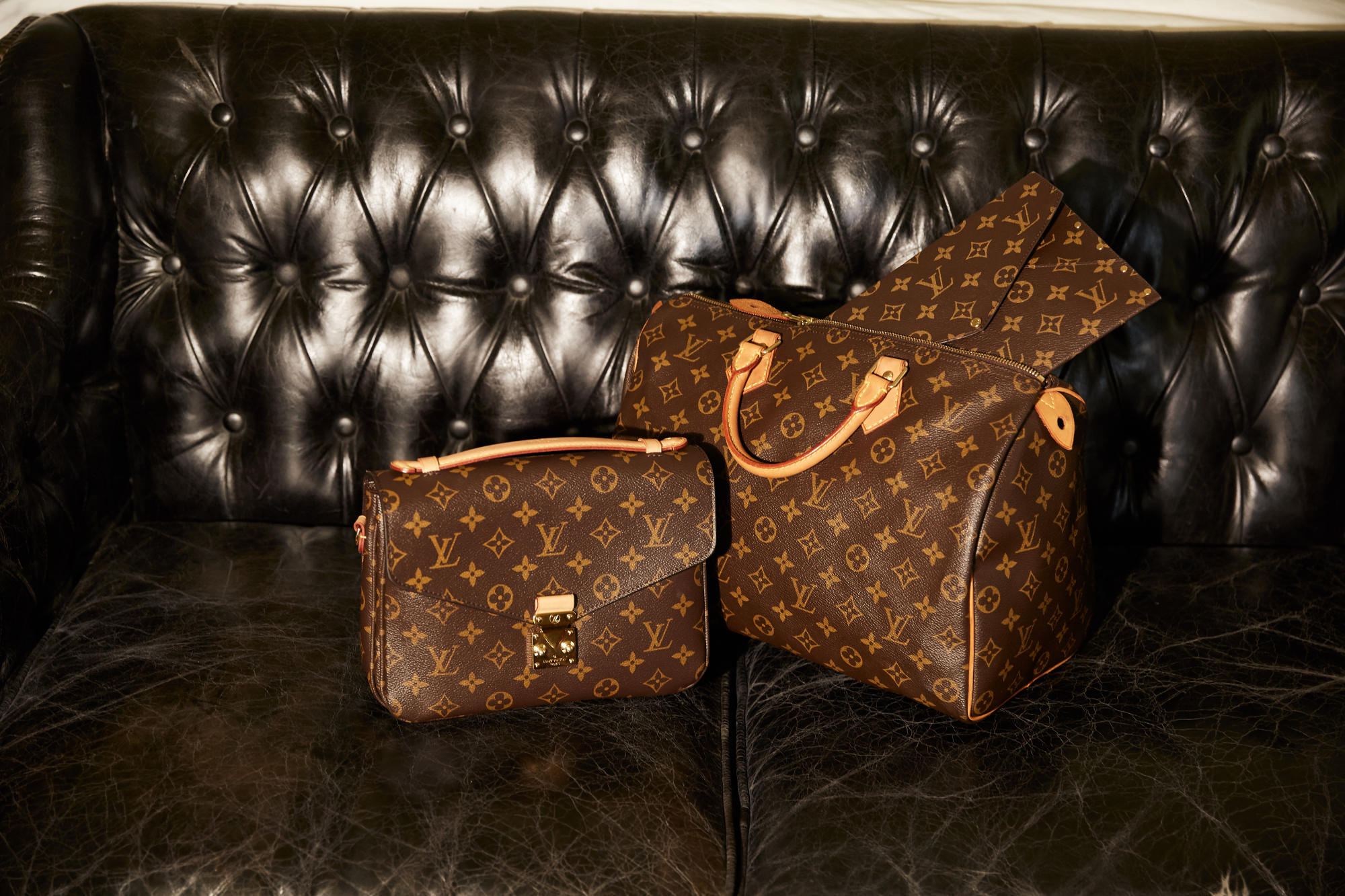 Have you ever poked around the inside of your Louis Vuitton handbag and noticed a combination of letters and numbers tucked away in an inconspicuous place? Would it shock you to know they actually mean something?

The Louis Vuitton date code has been added to each bag since the early 1980s. However, this is not to say that any bags prior to this time are not authentic, they are just that much harder to authenticate and require an expert opinion. Here you will discover what these codes are, why they exist, and how to decipher them.

Louis Vuitton began to include a set of letters that represented the factory in which the piece was made and identified the country where said factory was located. Currently, the known country codes are as follows:

How To Read Them

Prior to the early 1980s, codes were not used and items were identified solely on interior labels and various telltale signs that were specific to the Louis Vuitton brand. 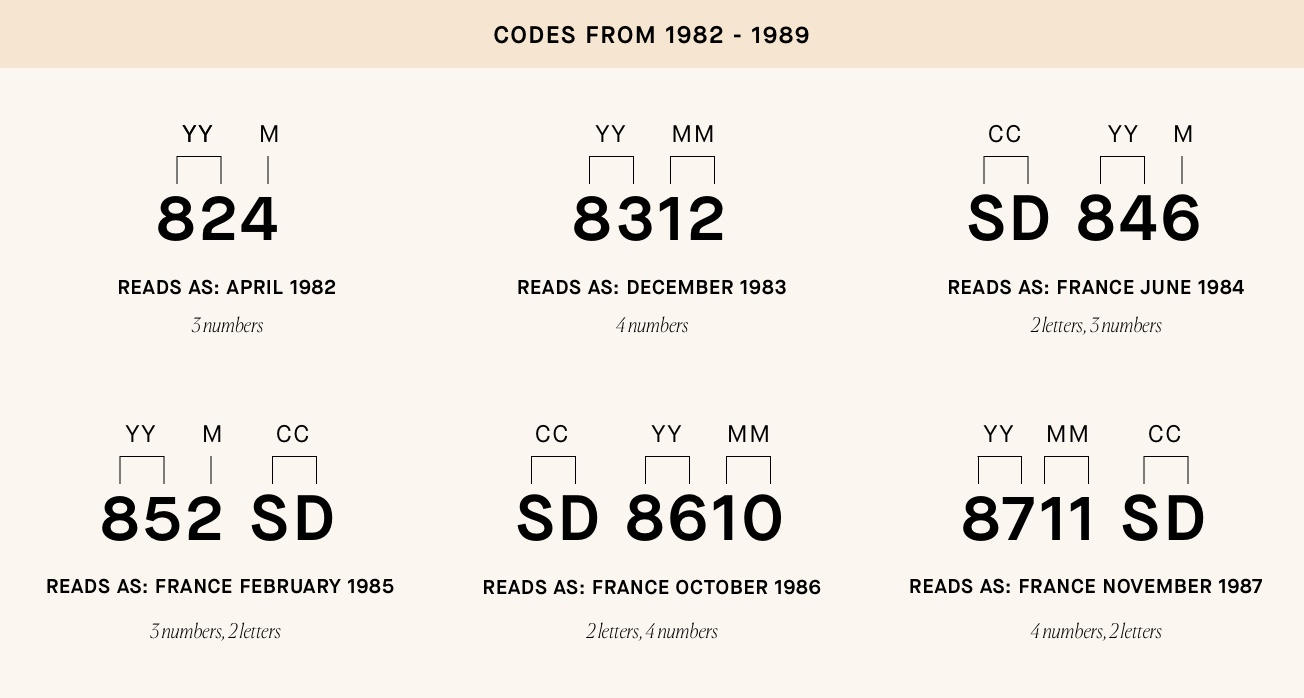 In 1982, due to the rise of counterfeit items, Louis Vuitton began to code their pieces to protect their designs. Known formats during this time began and simple dates and eventually included a code that represented the country where it was manufactured. They were as follows:

The next phase of codes makes up a significant number of items you see on the resale market and adhere to the following format:

This is the current format that Louis Vuitton follows to this day. The lining material usually determines where and how the code is placed; however, there are circumstances where this may change though format remains the same.

All date codes are located in the interior of a bag, either by direct embossing, or they are printed or embossed on a leather tab sewn into a seam.

Tag - This method is the most common. A rectangular leather tag, usually the same leather as the trim of a given bag, is sewn into the lining within a seam. It can either be embossed or foil heat stamped, depending on the model and factory. Embossed - This is the method where the date code may be embossed directly onto the lining or onto an inconspicuous rivet reinforcement. It can usually be found near the top edges of interior pockets or near the top edge of a small good. 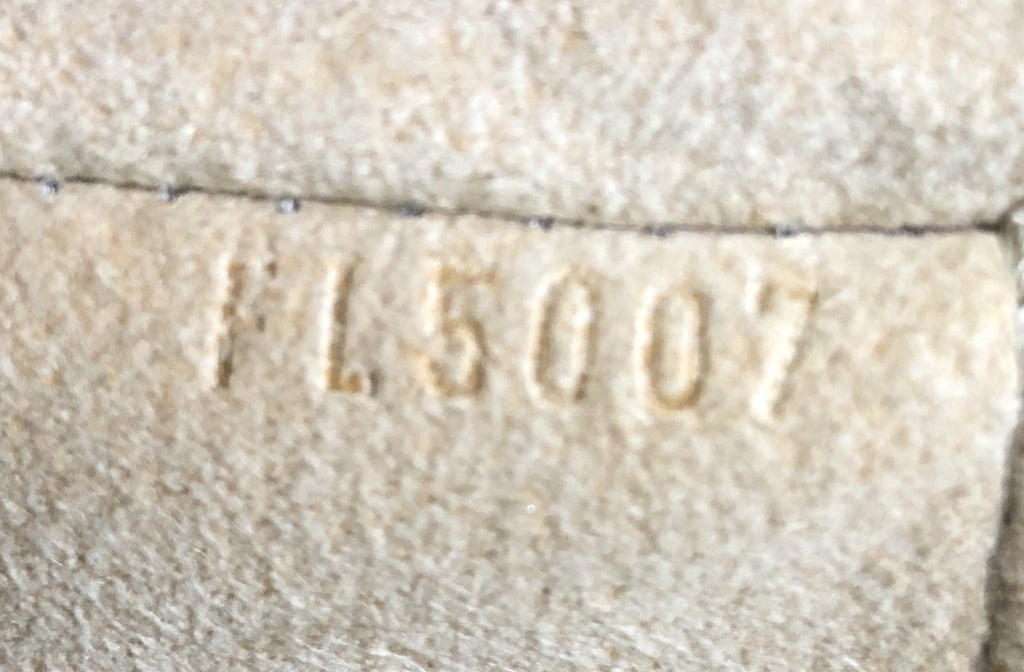 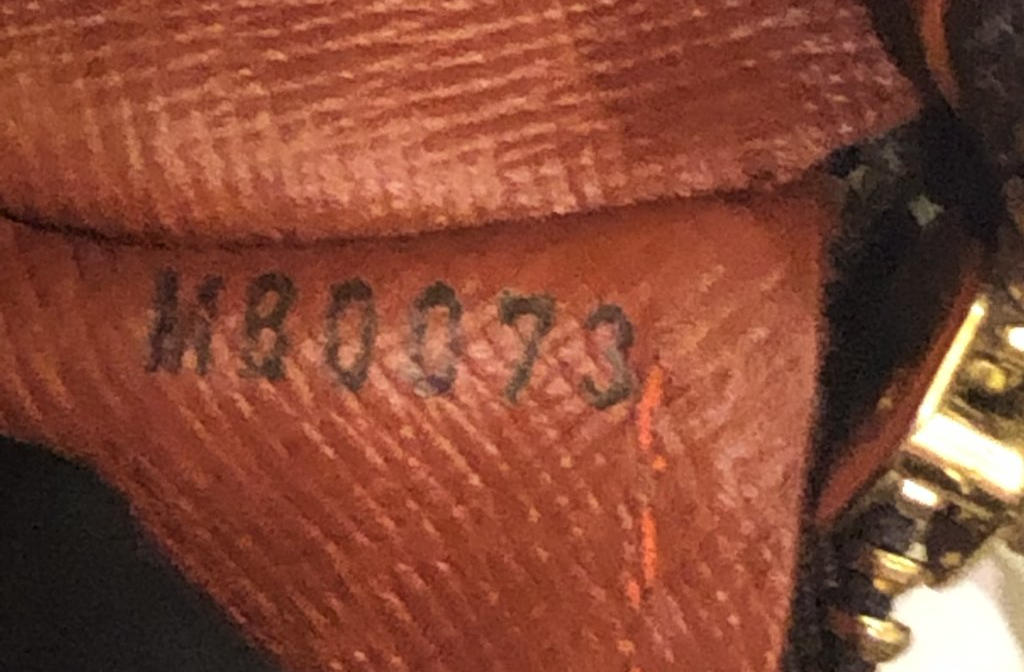 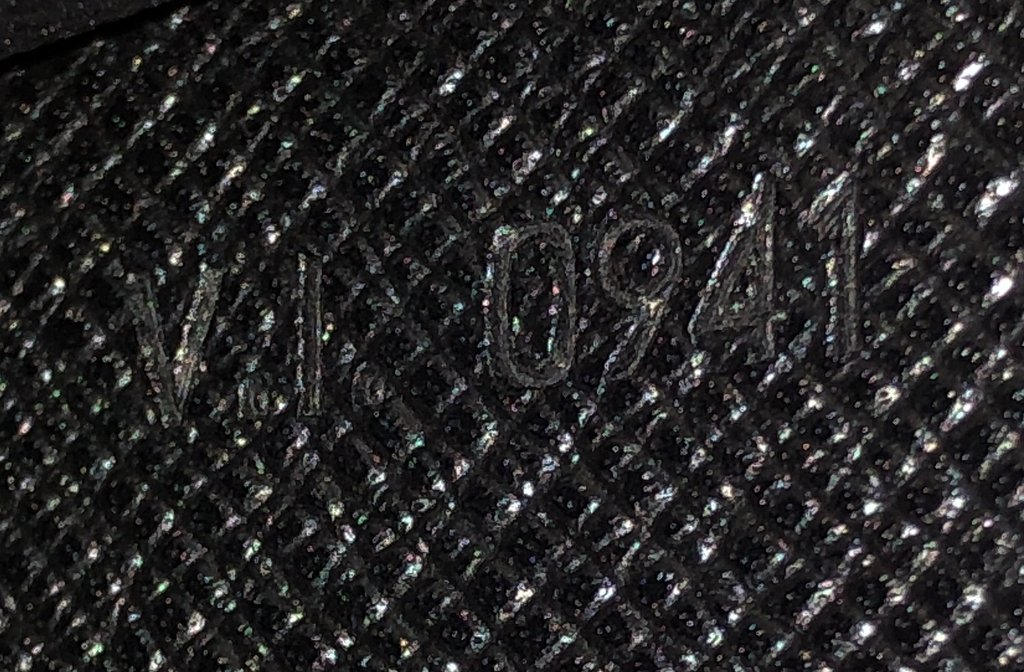 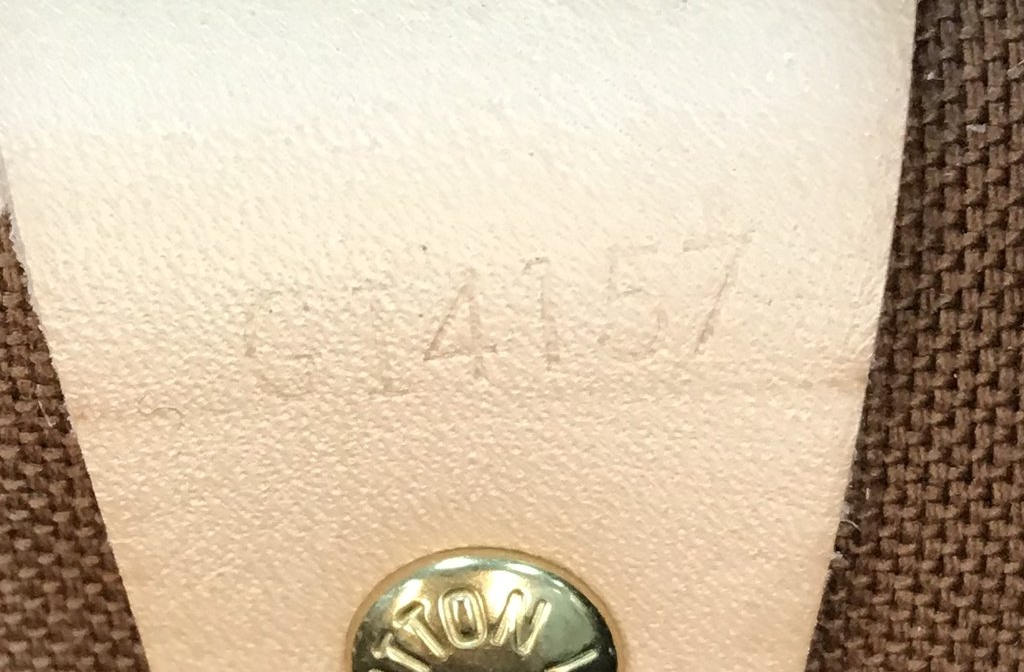 Foil Stamp - This method is similar to embossed date codes, however, rather than just being pressed into the material, a foil heat stamp has been applied. 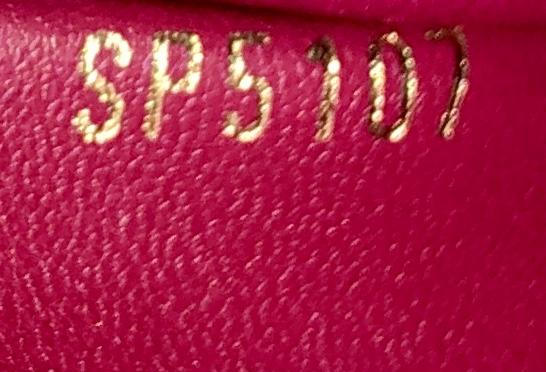 For a brief period, The French Luggage Company was given special licensing to make LV pieces in the United States with the brand’s signature monogram canvas. Many of the models varied slightly in design from their originator’s counterparts, likely so there was less confusion about where it was manufactured and whether or not an item with these tags are authentic. These pieces were typically made with coated leather that aimed to look like Vachetta leather, and brass hardware, although the hardware on FLC pieces differed from Louis Vuitton’s mainstream pieces. These pieces contained a Tyvek tag somewhere in their interior, but over the decades they tended to detach. It is unclear if The French Luggage Company sold the pieces privately or through various department stores. 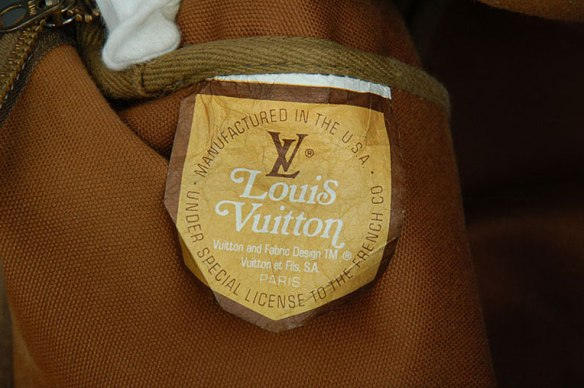 Saks Fifth Avenue was also a licensee of the use of the signature monogram canvas in the past. Again, these items were typically paired with the same coated leather and brass hardware used by The French Luggage Company but had either an additional plate on the front of the bag with “Saks Fifth Avenue” or “Neiman Marcus” imprinted on it, or a foil stamp in the interior lining. These could be used in conjunction with the FLC Tyvek tag, as there is a time where the two seem to have been working together. 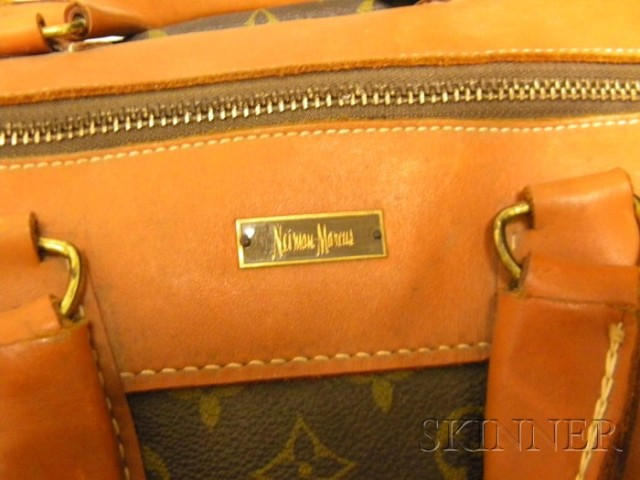 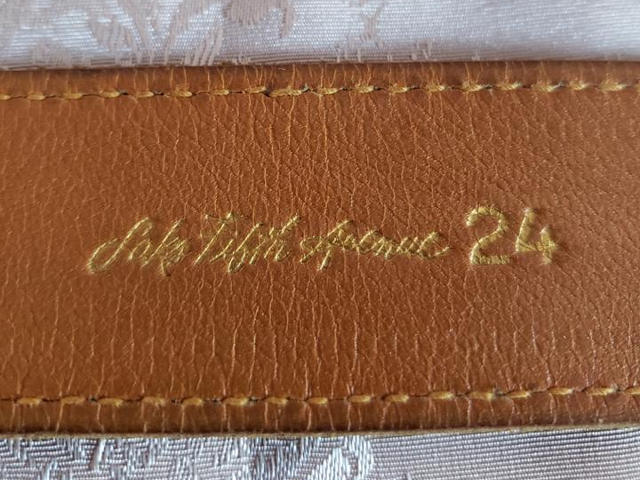