“The dress must follow the body of a woman…

…not the body following the shape of the dress.”
– Hubert de Givenchy

The Man Who Started It All 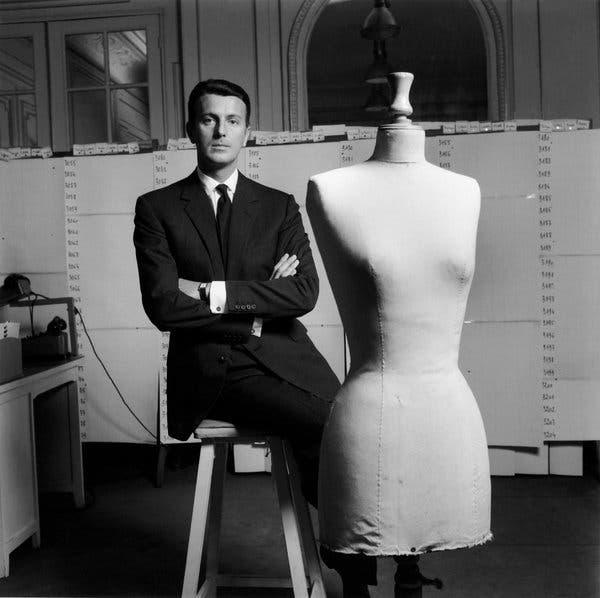 Hubert James Taffin de Givenchy was born in 1927 in Beauvais, France. At the age of 17, he left his hometown for Paris, to pursue his dream of becoming a designer. He was able to find an apprenticeship at the couture house of Jacques Fath which further sparked his passion, while he also studied at École Nationale Supérieure des Beaux-Arts. Following his apprenticeship, he worked with multiple top designers of the time before finding a fit with Elsa Schiaparelli in 1947. He quickly made his way up the ranks and became the artistic director of the Schiaparelli boutique in Place Vendôme in Paris.

After several years at Schiaparelli, in 1952, Hubert de Givenchy opened his namesake house and presented his first collection, a line consisting of separates. His use of clean silhouettes and feminine fits translated well to the female figure and allowed the wearer to mix and match the pieces for various looks. This particular collection was years of effort in the making and has been described as melding architectural lines with simplistic materials. This was a stark contrast to the rigid pieces that dominated fashion during the era. 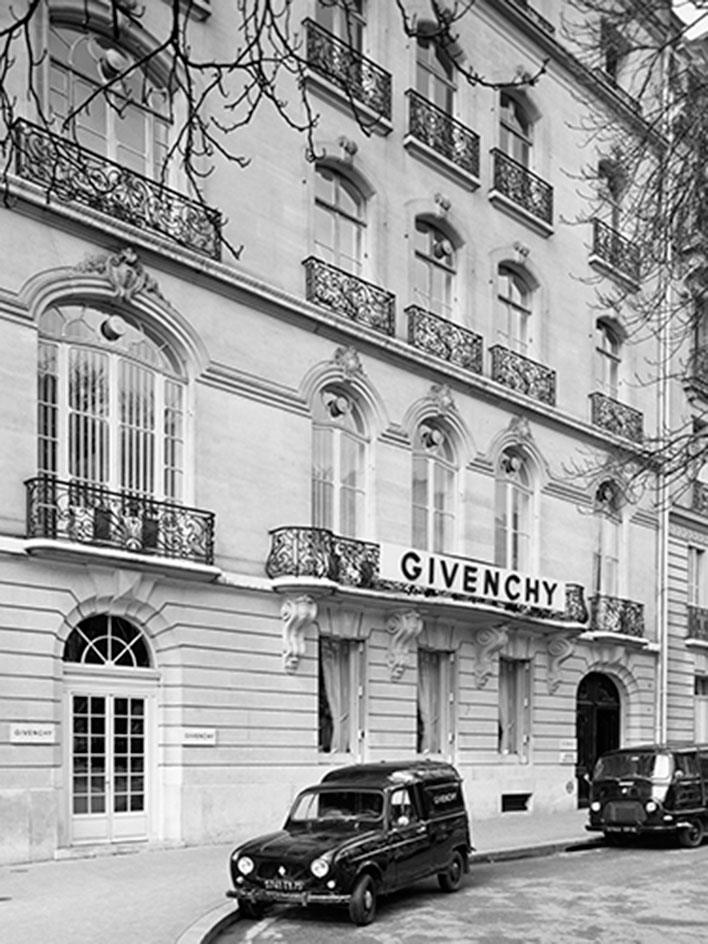 1953 was a pivotal year for Givenchy – the year he first met the effervescent Audrey Hepburn. That year she borrowed several pieces to wear while filming for her titular role in Sabrina, leading to a long period of collaboration and lasting friendship for the designer and starlet. Hepburn became the muse behind many of the iconic designs that would establish Givenchy as an iconic designer. It was also in this year that Givenchy would meet his idol, Cristobal Balenciaga, who would go on to become his mentor. While there was never a formal apprenticeship, Balenciaga helped the younger designer establish his aesthetic and advised on business decisions for the house. 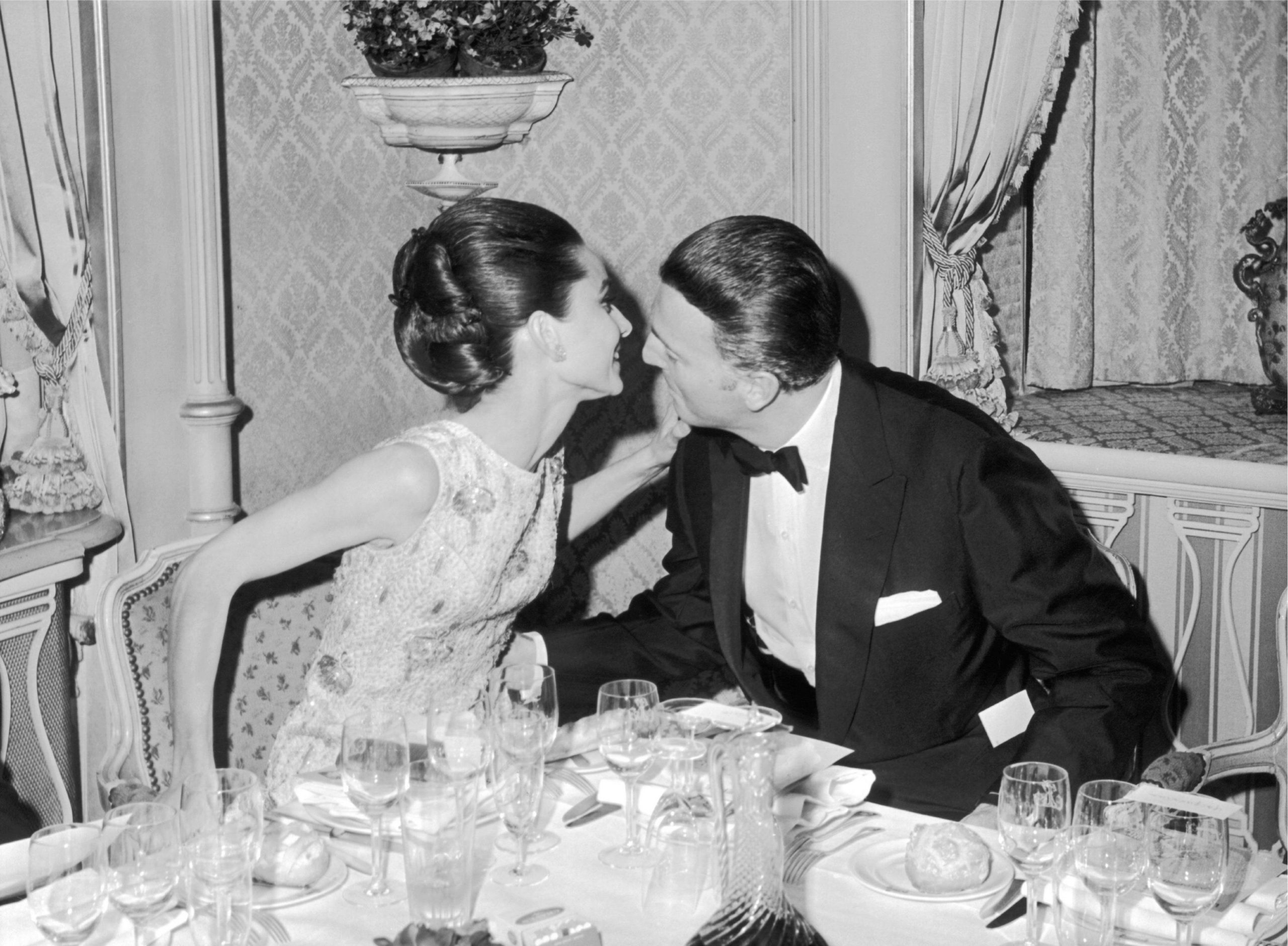 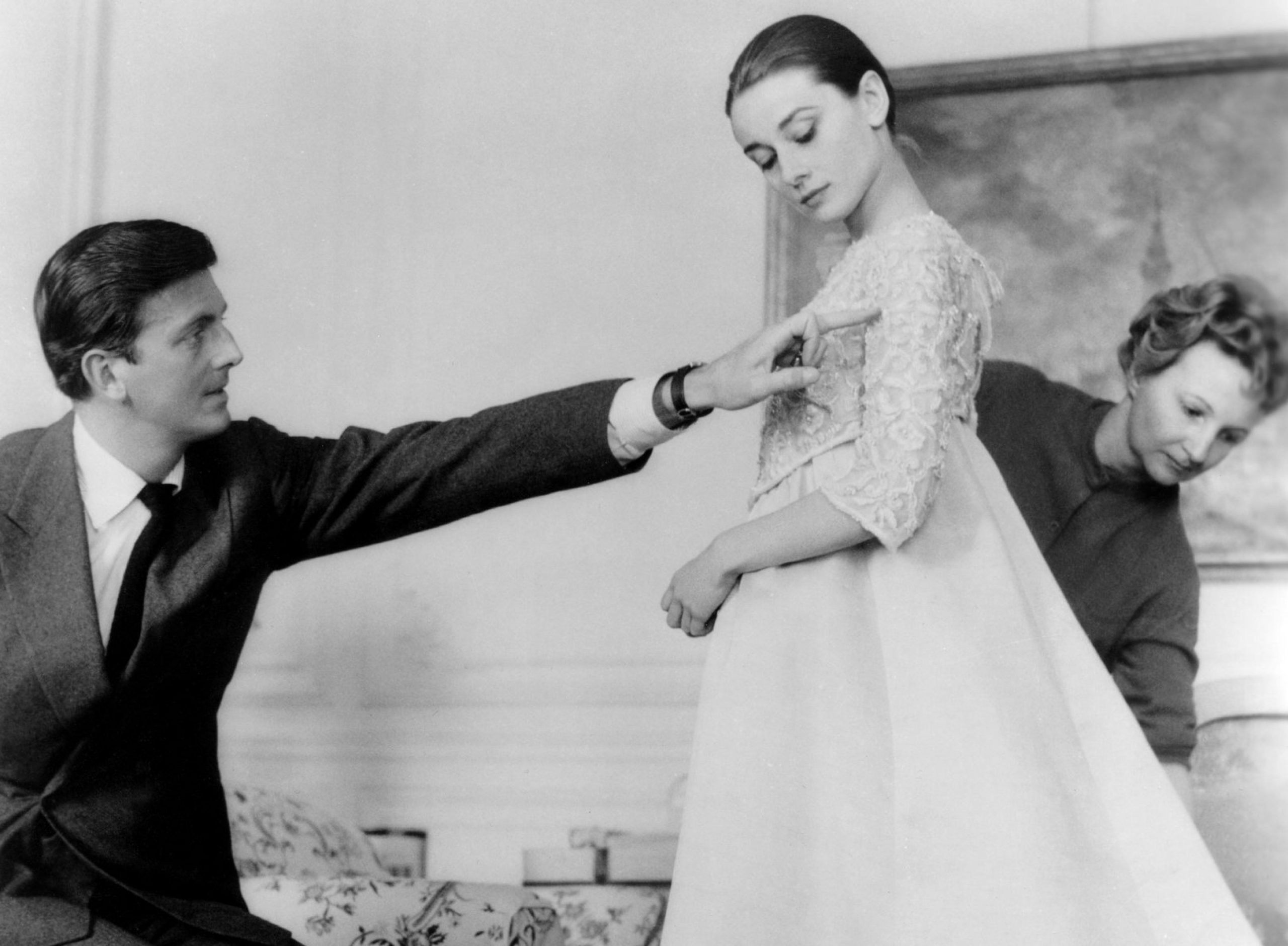 Givenchy made the move to expand into menswear, with a ready-to-wear line called, “Givenchy Gentleman” in 1969. The success of his men’s collections came from Givenchy’s knack for creating pieces that exuded an air of class and sophistication. It was clear that, above all, a Givenchy man was a gentleman.

A Time Of Evolution

With its continued success, there was no surprise when LVMH acquired the brand in 1988. Soon after, following a career that spanned more than four decades, Hubert de Givenchy stepped down in 1995. He wanted to encourage a new era of creatives to take the reigns and bring his house into the next millennium. He was succeeded, in brief periods of time, by John Galliano, Alexander McQueen, and Julien MacDonald. But, it wasn’t until Riccardo Tisci took over in 2005 that the brand adopted a new look. This shift would begin to catch the eye of the public and elevate the brand to a new and coveted status.

Riccardo Tisci was well known for his edgy yet romantic aesthetic and even more so for his use of eclectic prints and unusual color palettes. During a 12 year run, Tisci introduced many of the handbag silhouettes that made Givenchy famous. None is more recognizable than the Antigona. Its simple shape and structured silhouette quickly became the “it bag” of the year, and nearly impossible to find soon after its debut.

In 2017, Riccardo Tisci stepped down as creative director to pursue his own passions. Givenchy made a radical move by appointing its first female creative director, Clare Waight Keller. With time spent at Ralph Lauren, Gucci, and Chloe, this British born designer was an obvious choice for the role. This would turn out to be fortuitous timing as less than a year after her appointment, Clare Waight Keller was asked to design the wedding gown of Meghan Markle for her marriage to Prince Harry. Though simple, the gown captured the aesthetic of the new creative director while also exuding the look of bygone eras that Markle had requested. Following the Royal wedding, Waight Keller was presented with the British Designer of the Year Womenswear Award by Meghan Markle and Rosamund Pike.

As Clare Waight Keller continues her reign, she’s become more confident in her role and has begun to experiment with the direction she wants to take Givenchy. Recently, she has been sending more radical looks down the runway, capturing the simplicity she is known for paired with the modern edgy twist Tisci established within the lifeblood of the brand. As it stands, we are excited to see where Waight Keller will take the luxury house and hope her time there so far is an indication of what is to come.