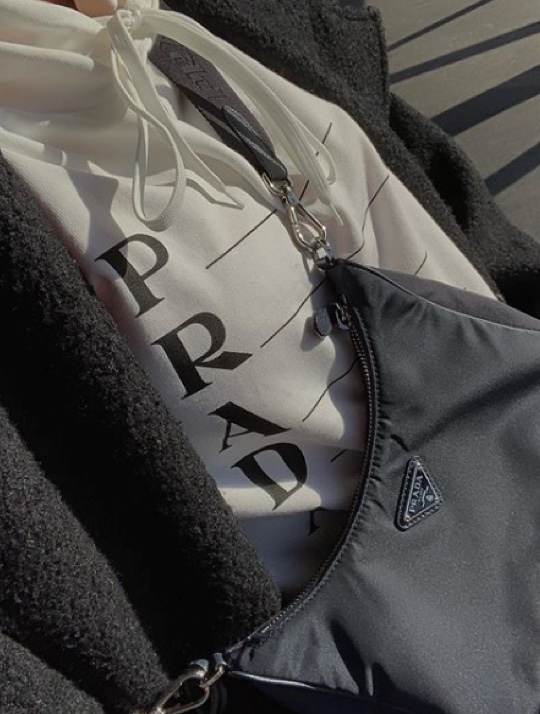 Thanks to the 90s revival, it seems that every day is a #tbt

in the fashion world. Accessories like bucket hats and tiny glasses from the 90s and early 2000s have been re-established in modern wardrobes. An essential style from that fashion period is the Prada Mini Nylon Bag. Passed down by Paris Hilton to Bella Hadid and Elsa Hosk, this it bag is making an enormous comeback.

History of The Prada Nylon Style

Miuccia Prada, the granddaughter of one of the founding Prada brothers, is attributed to the success of the brand and the cult following it acquired at the end of the nineties, which only continued to increase as we entered the aughts. Always out of the ordinary and often repurposeful, Miuccia’s designs incur a sense of understated newness out of uncommon construction details. The nylon handbag was a concept created early in Miuccia’s career and goes to show her faculty for using materials not normally associated with femininity, and the response that follows these bold deviations from the norm.

The Prada Nylon Handbag is aligned in most accounts of history with the sometimes-sporty, always-flirty style of the nineties and early two-thousands. Though its rise to power came later, the original concept was created back in 1979. The first make of the handbag was simplistic, using extremely durable Pocono fabric which had been used to construct tents for the military. This nylon design did not catch as much attention back then, but was relaunched in 1985 with a branded twist that facilitated its takeoff. The new bag featured the triangular Prada logo, which is now one of the most recognized logos in the luxury world.

Prada recently released two new renditions of the vintage nylon mini bag, the 2000 and the 2005. Both bags have the famous baguette semblance and are constructed out of a combination of Saffiano leather and nylon. Each comes with a removable leather name tag that reads: Prada Re-Edition 2000, or 2005, respectively. The famous enamel metal triangle logo appears front-and-center on both bags, trimmed in matching Saffiano leather.

Though the sister bags are similar at first glance, there are a few key differences to consider between the two. Priced slightly lower, the 2000 has a fabric shoulder strap and trim, whereas, the 2005 silhouette has a leather handle with metal attaching rings and leather trim. Among the two mini bags, the proportions also differ slightly; both have the same width (22 inches) but the height and length are scaled down by one inch on the 2000. Overall, opting for the pricier bag grants the wearer more contrast in terms of texture, and a bit more space. 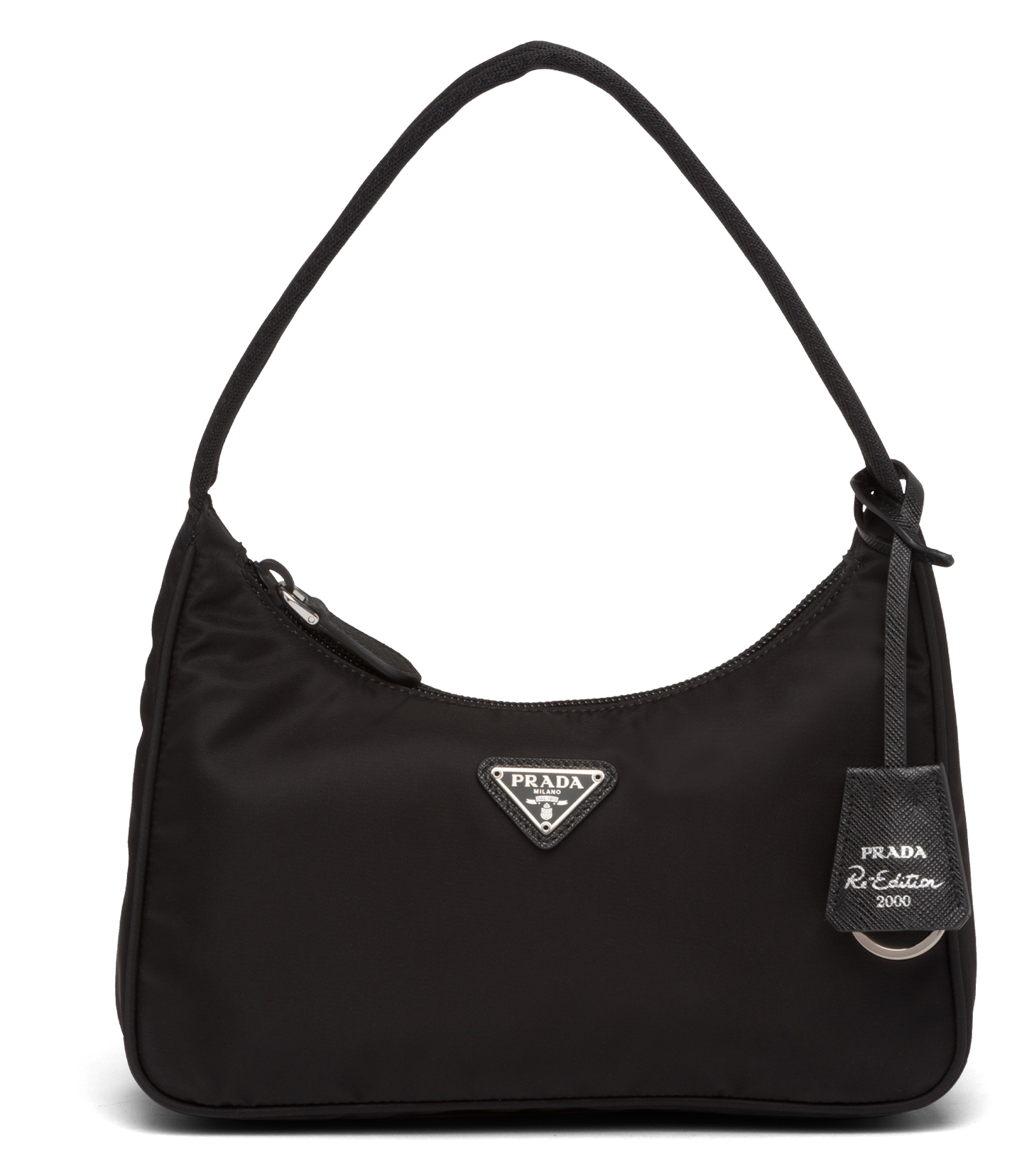 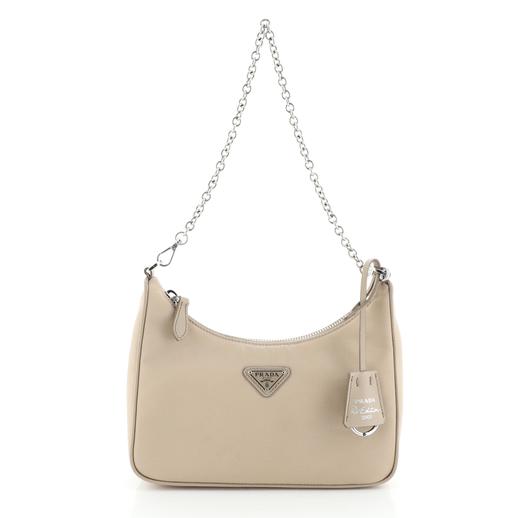 Comparing The Nylon Mini 2000 To Its Vintage Predecessor

For those who can’t secure the true vintage nylon mini bag, the 2000 mini bag is almost exactly like it. Differences to note are a slightly more rigid body on the newer form, as well as logo lining, which has not appeared on every version in the past. The leather name tag is another new addition, as well as the use of leather on the zipper pull – again, this was not present on every model.

In the midst of its success, Miuccia’s nylon concept gave birth to an array of beloved fabric handbags. Based on the vintage Bandoliera Tessuto that launched in 2005, Prada’s Nylon Re-Edition Shoulder Bag supplies the beholder with everything that the 2005 mini bag has, and then some. Functionality is the word with this piece. A small but mighty detail is the mini coin pouch, complete with enamel logo, that conveniently clips into place on the shoulder strap. As a one-up on its attached crossbody parent, the younger version features a removable crossbody, in addition to an elegant shoulder-length chain. 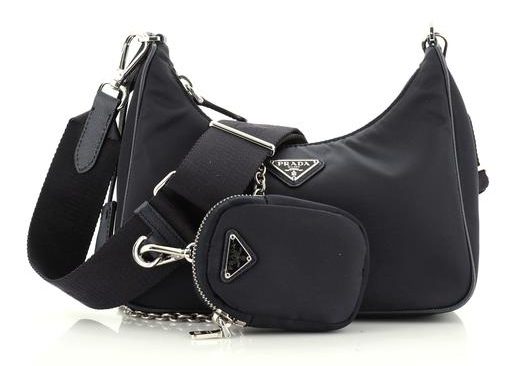 For the Re-Edition, some other special details have been included such as a ruched nylon and different sizes that are reminiscent of the historically famous nylon collection. This includes a smaller mini bag with an even more baguette-like shape (think Louis Vuitton Pochette Accessoires), and a closer tribute to the Bandoliera Tessuto that has a much more vintage feel.

With their simplistic conviction, the nylon bags from Prada make their statement in bold solid colors. Currently, the bags are available in an array of neutrals as well as a few pastels and vibrant colors such as bright red, hot pink and lime green. 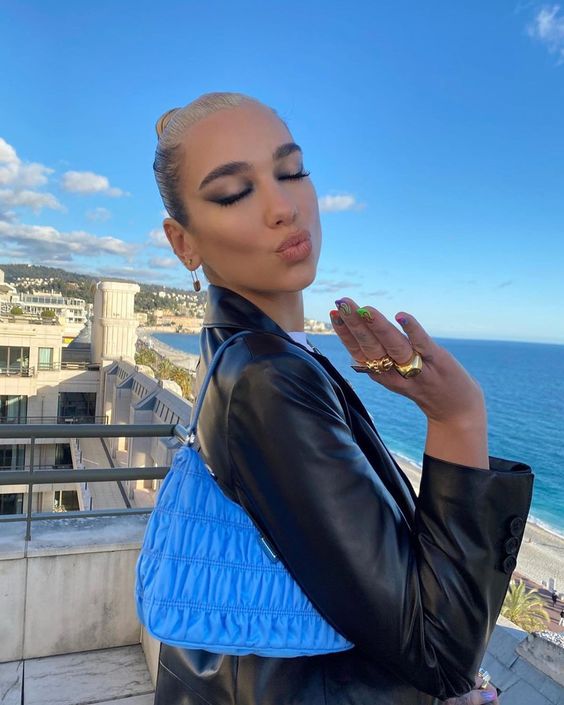 We’ve seen our favorite designers paying homage to the histories of their brands lately, and due to its reputable track record, renewing the Nylon Mini Bag and its friends must have been a no-brainer. It is unquestionable that this classic silhouette will continue to turn heads, as it continually proves its flexibility as times change.